California-based Timothy E. O'Sullivan bought a Nikon F in 1972 and has been a photography enthusiast ever since. He studied photography, its history and social implications under Arthur Taussig, Martha Rosler, and Alan Sekula at Orange Coast College in the mid-1970s, and earned his BA in Philosophy at the University of California at San Diego in 1981. From the 70s through the mid-80s he worked with his Nikon and the Polaroid SX-70. A burglar relieved him of the burden of owning cameras in 1985, but he continued studying photography by acquiring photographic monographs and studying works of art theory. In the late 1990s he returned to active photography when he purchased a Canham 4x5 field camera; soon after that he moved up to a Phillips 8x10. He produced platinum-palladium prints with negatives from both cameras. In 2002 a friend loaned him an Olympus digital camera. The quality of digital imaging was still rather poor at that time, but he was very interested. In late 2004 he bought a FujiFilm E550 digital camera and began photographing extensively and working with PhotoShop 6. In 2006 he acquired a Canon EOS 30D camera with lenses, and late in 2006 he acquired a Canon 400D (Digital Rebel XTi) that was specially modified for infrared imaging by LDP. The work you see here was produced with that camera and PhotoShop CS2. 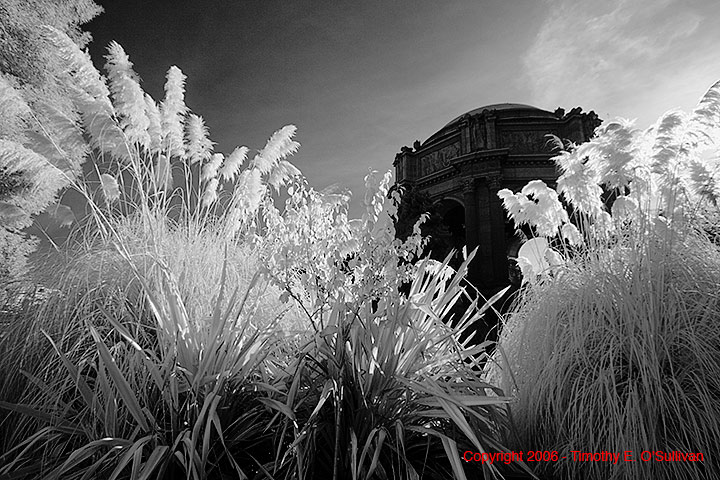 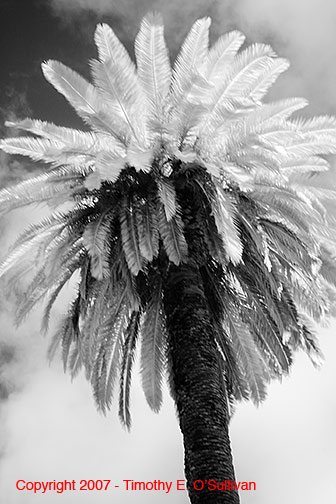 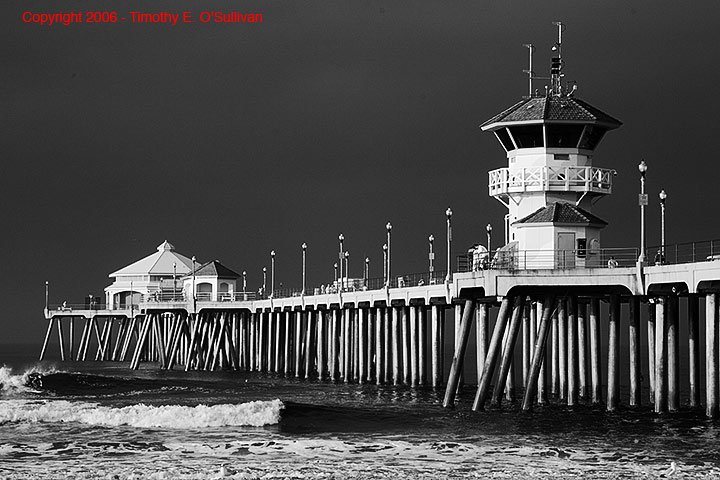 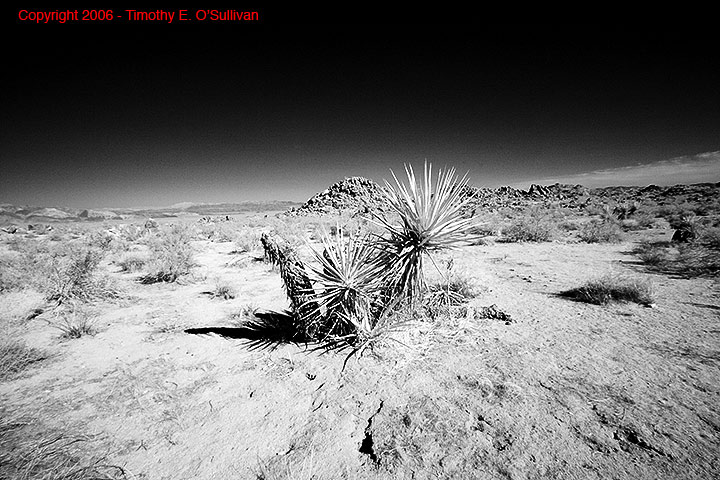 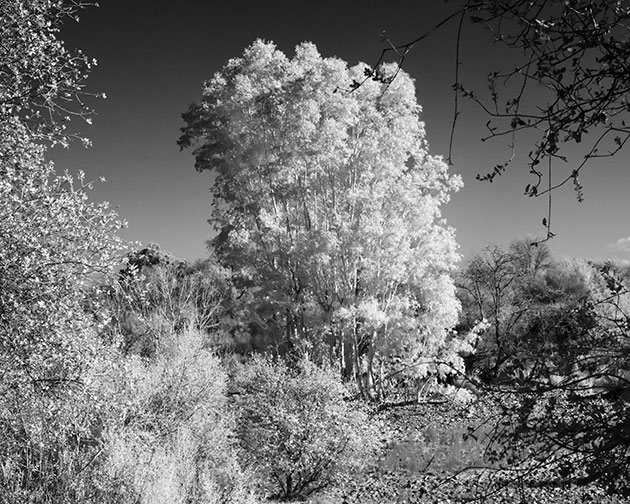 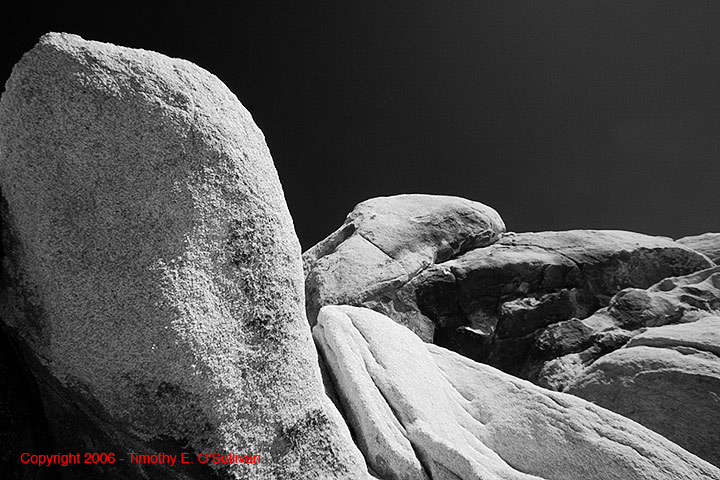 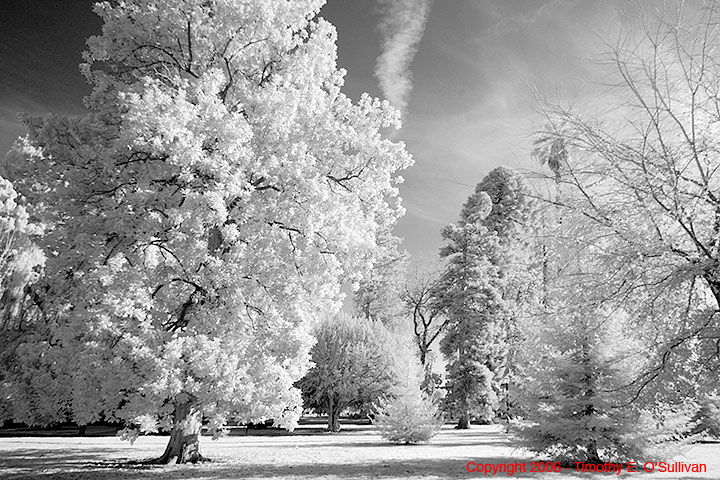 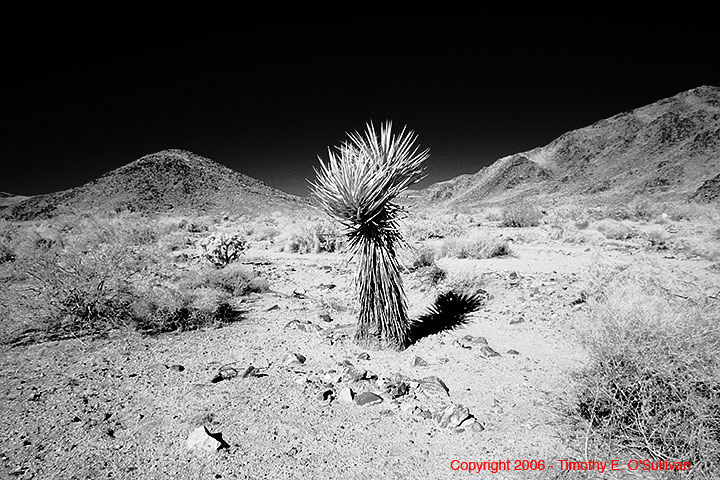 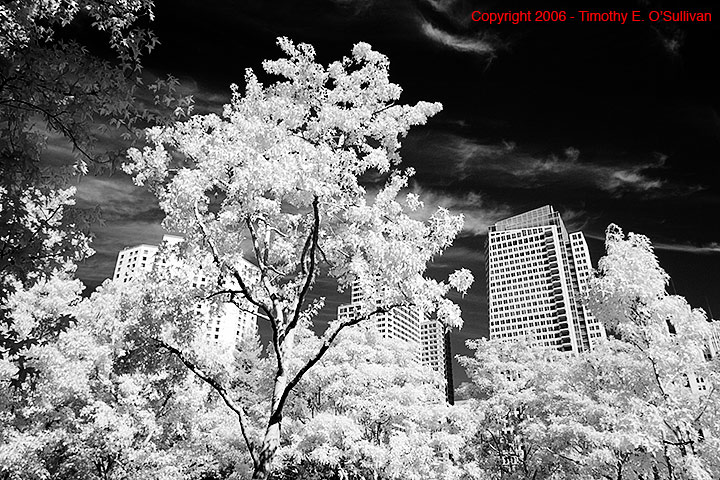 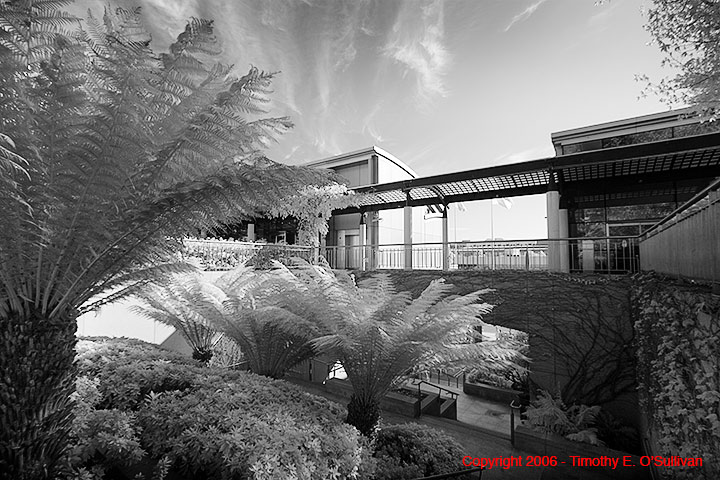