Normally, this is not a problem because color digital cameras have an IR Cut Filter (ICF) which blocks IR light.  But on cameras modified to see in the IR, the light can result in a fogging of the image which usually happens on one side of the sensor and is generally only noticeable on high ISO / long shutter exposures.  The most common IR LED used for the sensor is an 850nm type.  Curiously, there are some cameras that use a 940nm IR LED which largely eliminates the problem because the image sensor has much lower sensitivity at 940nm.

Perhaps a fix would be to change the IR LED from an 850nm to 940nm, but as you can see, the LED and sensor are SMT mounted on flex cable making modification difficult for the casual enthusiast.

The IR shutter monitor is inside the black plastic 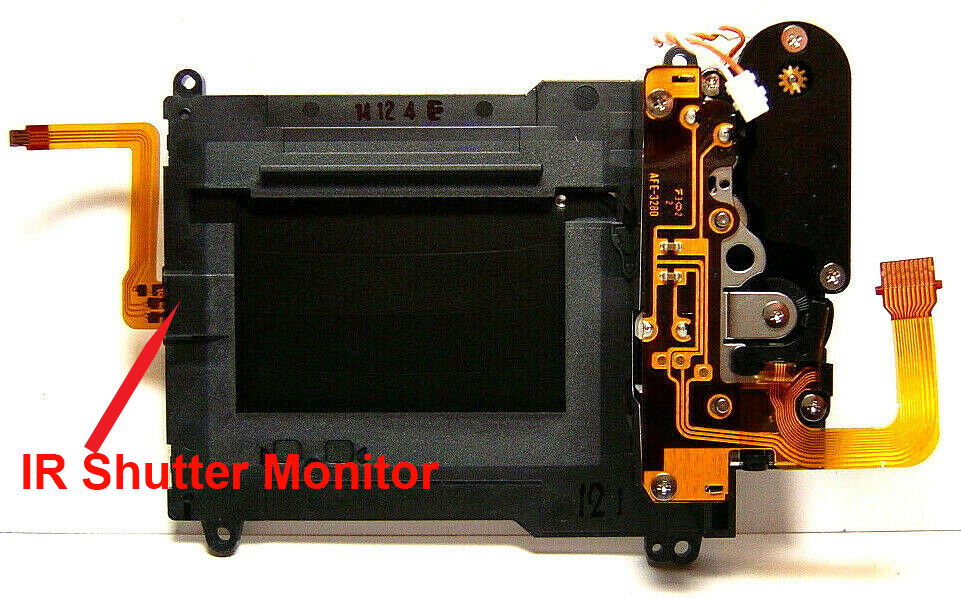 Here we removed the shutter sensor assembly and cut off the top of the plastic covering the sensor LED. 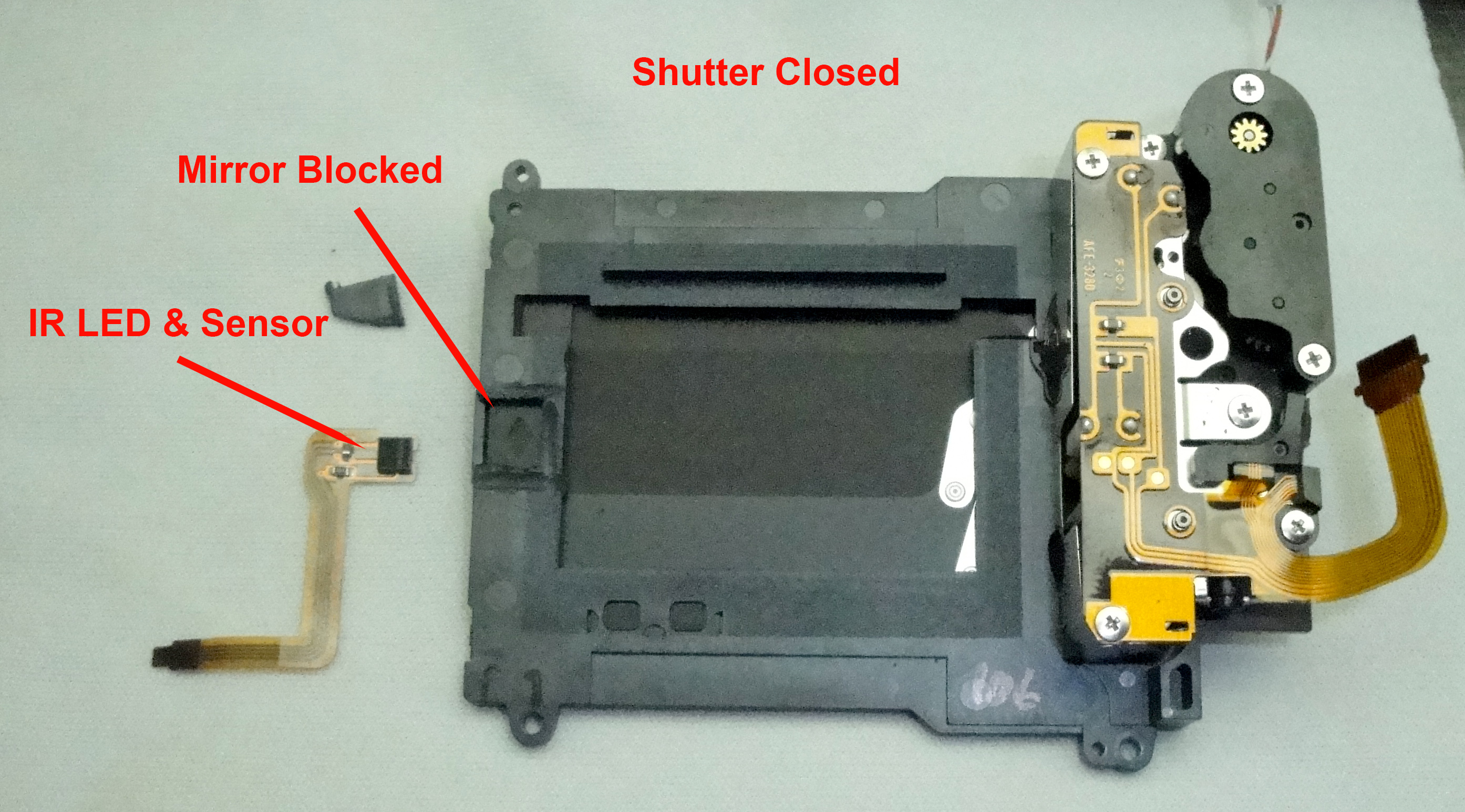 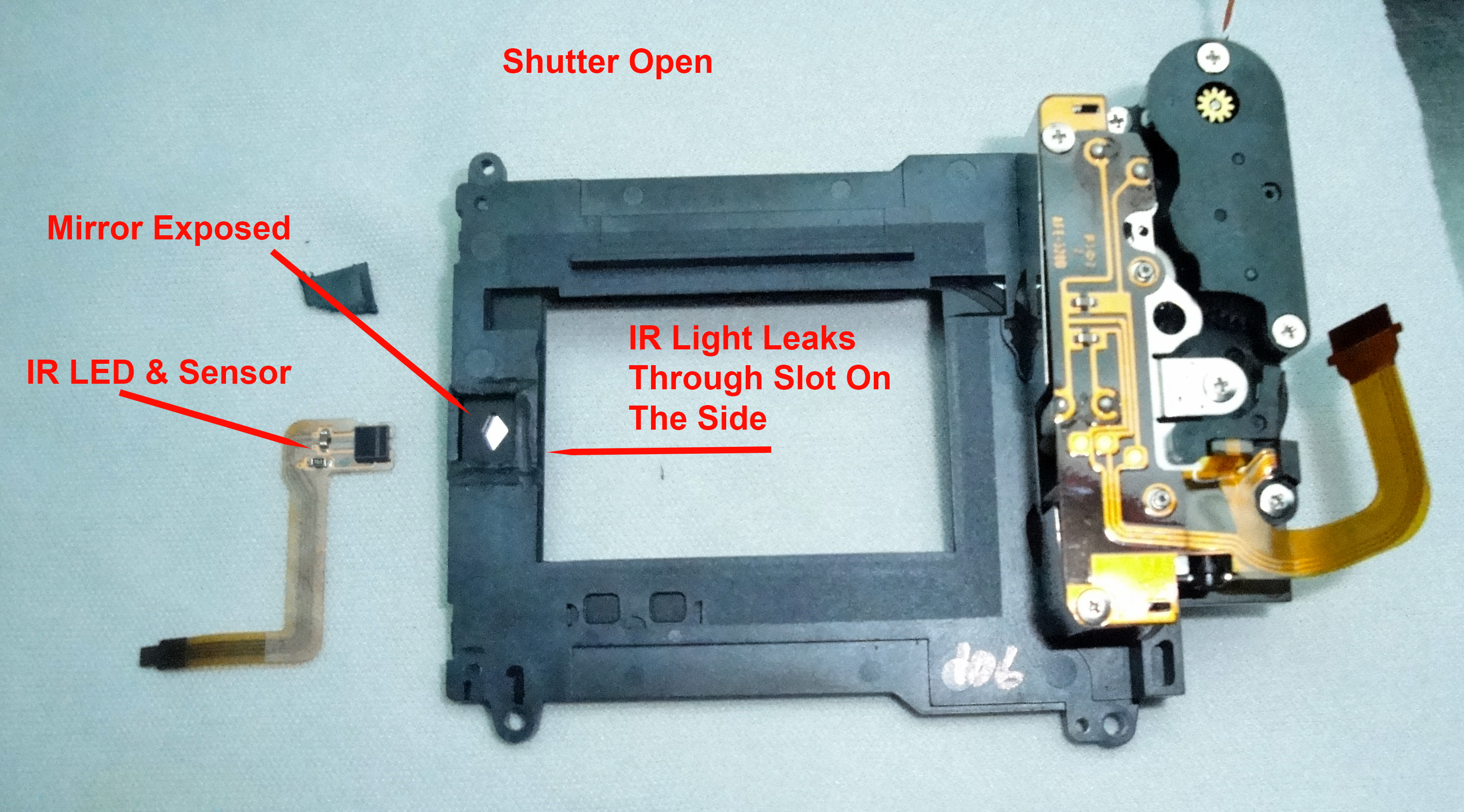 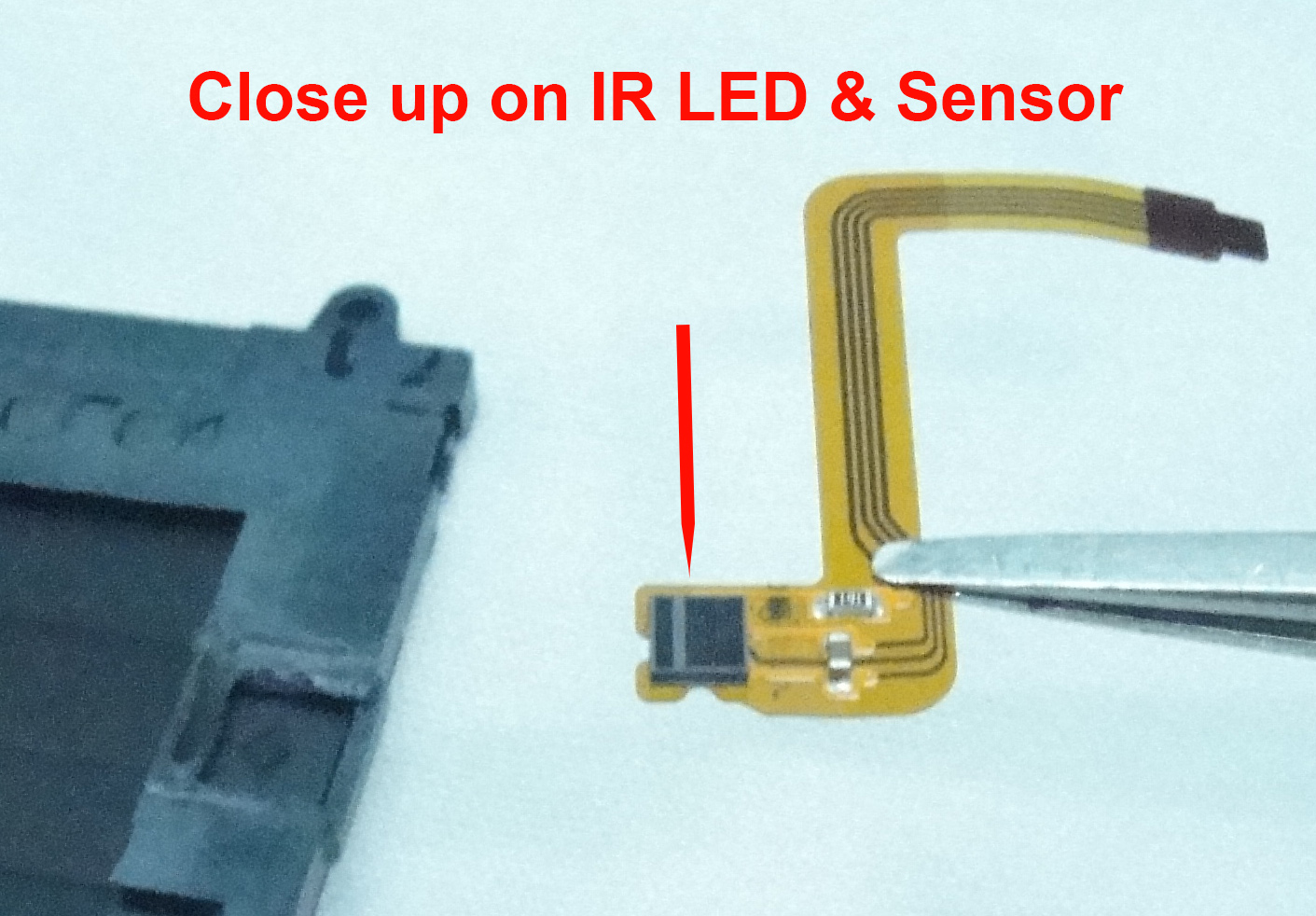